Ok, another time for a little view outside of our nice little country. And you should definitley watch it, if you are interested in skateboarding in lesser known countries.

Eter Ptalaga from Transylvania in Romania wrote us a message, presenting his Full Movie „2FAKE“.
As I never really heard something about a skate scene in Romania, I asked Eter some questions:

« It all started with FAKE – that was released last year with a smaller number of riders (you can look that up on youtube if you wish). We wanted to put Romania on the map of skatevideos (because people here mostly concentrate on winning contests etc and uploading instagram short clips)

The flick was filmed mostly in Romania`s north-west side that is Transylvania, the main town which we are from is Baia Mare, Maramures county but there are clips that were also filmed in Budapest HU, Vienna AT, some in Germany and some in Amsterdam.
And this project went along as an effort to showcase and document the fun / filming side of skateboarding in our region.

As for 2FAKE, we tried to make it better and longer with a bigger cast of riders and a different kind of music (in contrast to the rest of the skate-scene thoughout easter europe and particularly Romania)

Basically it`s an alarm we`re trying to sound to the rest of the scene, which says that you can make visually pleasing skatevideos even in lesser known countries of the world. 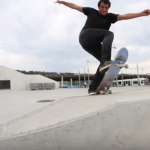 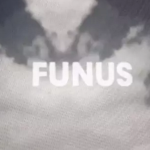