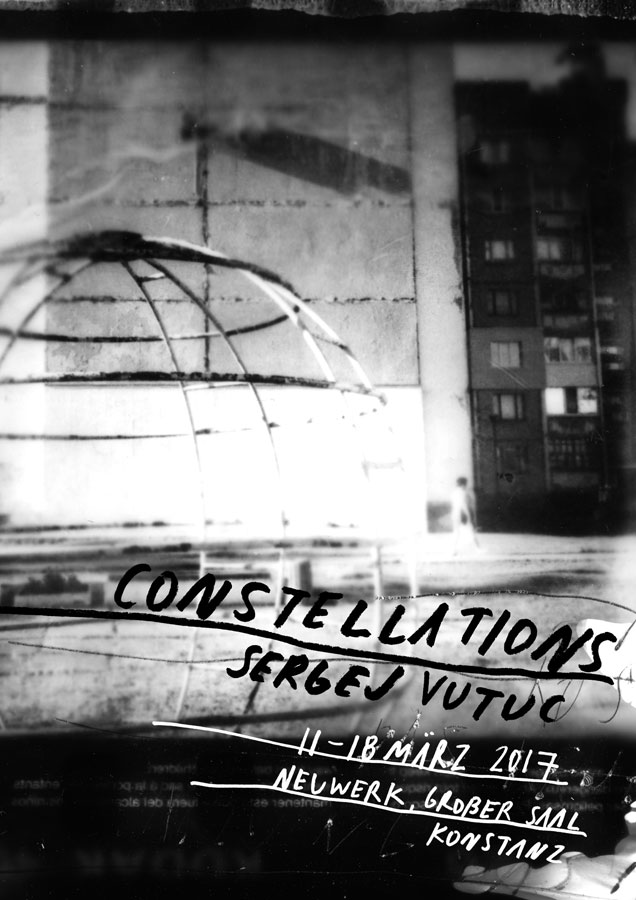 Sergej Vutuc was born in Doboj (Bosnia and Herzegovina) in 1979 was raised in Zagreb (Croatia), Heilbronn (Germany) and currently lives and works in Berlin (Germany).

The work of Sergej Vutuc is about observing the development of the modern society; a privatization of the public space and conquering the nature with concrete, on one side, and the natural human urge to expand one’s consciousness, to be in between, to exist playfully and live through imagination, on the other side. Skateboard culture is just one of many contemporary social subcultures whose philosophy is based on the aspiration for playfulness and urge to use the open space in the context of freedom of expression. Sergej researches this phenomenon and participates in it through his position of the modern nomad, whose radius of movement includes specific places such as Fukushima, Detroit, Israel and Palestine, strong symbols of on going human mistakes and wrong directions in social and economic development. Through his work, he grasps a surreal feeling of a new or parallel existence, and, even though it can sound utopian, moments of the shift of perception in the human and the society in general.
Dunja Jankovic, Skver

The Vernissage will be musically accompanied by Seargant Pfeffer and Eddy Spaghetti
At the Finissage there will be a live performance by Helmut Vutuc Lampshade. 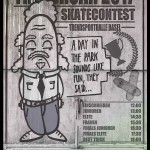 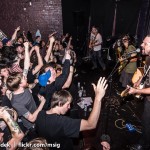