Frédéric Nell just published this heavy part. Good luck he wrote something about it:

„This is my first video part filmed entirely with 4 differents cameras in the VX format which is a bless for skateboarding video. Since I started skateboarding I always wanted to film a part in this format with people who know how to handle a camera. I had the chance to meet really good people, skateboarders and artists who had those gifts.
This video was shot between 2014-2015 by Swan Purro, Ludovic Pugin, Michäel Kaeser and Yves Marchon with as special guest my friend Jerôme Collomb. I’m skating with him since almost a decade and it’s a really good men and skateboarder wizard.
Thanks to all of my friends who give me inspiration and strength to keep pushing and do more and more crazy tricks.
Hope you love it :)“
Music: Tom Horn – Loops => check him out 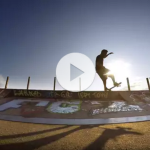 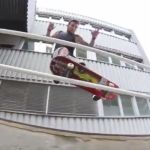