He’s  a real talent, but so humble and low-key that the Swiss could be described as an under-the-radar ruler. Continuing with Red Bull to help break out new talent, Red Bull asked Soerfi Schweingruber (himself a don of the Swiss scene) to tell what it was he spotted in Simon as a skate rat right at the start.

The interesting thing is, if you think about what Soerfi says as you enjoy Stricki’s banging breakout part above, and it all adds up.

„Stricki is is one of the most determined and professional skaters I ever saw in my career,“ he says. „He’s addicted to progress, testing his limits every day to learn new stuff. After so many years he still loves skateboarding more than anything – the first one skating at the spot, and the last one to leave. No break, no distraction, just enjoying every second on his board.“ 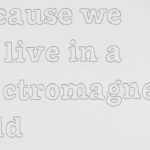