Team Trouble 2016 in Laax was such a blast! No more to say!
Many Thanks to all the Teams, Organisators and Medias!
The Team Trouble Finals for 2016 is here. After a long weekend of partying, skating, and all around mischief in the mountains of Switzerland, 6 teams competed in the finals for a bit of prize money. Swiss Bones, Lgs, September Wheels, Warriors, Lovenskate and Witchcraft flew through the ramp, slammed into each other and slid across the flatbottom. Enjoy!
See you next year!!
„Buddhist on fire“ by Salakapakka Sound System 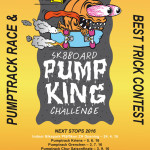 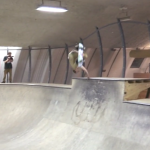 Warriors at the Bastard Bowl