In our first issue of That Noise Magazine, we had a story about the Swiss Vans Team in Sicilia. With a lot of pictures from Claudia Majorana. He’s a photographer from this island. He follows since 2004 a lot of teams and crews when they come down to Sicilia. Now he produced a recent history book of Sicilian Skateboard Tours.
In our story about Sicilia he met Simon Stricker, Fabio Martin, Martino Cattaneo, Sven Kilchenmann, Yari Copt and Photographer Alan Maag.

The Recent History of Sicilian Skateboard Tours is a project about the recent spate of skate trips to Sicily. After the first tour organized in 2004 by Transworld Skateboarding and 411VM Sicily experienced a growing interest from international skateboard companies. Thanks to these tours Sicily is becoming one of the most popular destinations in Europe.
Over the past few years he’s been following most of the skateboard tours that have taken place on his island. Every time he found out that a team was here skating he’d ask them if he could follow them taking pictures and in exchange give them hospitality in his homeland.

The project (originally appeared on Desillusion Magazine) is now a publication printed in 200 hand-bound, numbered and signed books. Inside you will find a selection of the pictures he took of the skateboard tours, portraits of Sicilian local skateboarders and a brief history of how skateboarding came about on the island. Among the information that he collected are the words by Jeff Kendall about the 1991 demo of Santa Cruz Skateboard Team in Sicily, magazine cuts of the first Sicilian skateboarders that appeared in Italian mags and quotes from the first generation of Sicilian skateboarders.

So check out his Website an give him some support! 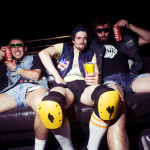 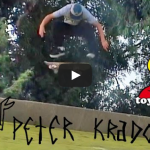