Volcom Wild in the Parks – Bregenz

Congratulations to Domenic Hänni with the 5th Place in the Open category!

“Best fun ever” is a description of the Volcom Wild In The Parks last week end in Bregenz, Austria; Nevertheless, “genius”, “state of art” could be a description of the skatepark, and “shitty”, “bone cracking cold” and “rainy” are the words which best describe the weather condition during the event.

Upon arrival it was everything but certain whether the event could actually take place. Heavy rains and winds initially hindered the crew to set up. However, after three hours of anxious waiting and contemplating, the sun busted out from clouds and a clear blue sky welcomed the audience.

Fortunately, the park dried within a few minutes and ever since there was no holding back for the locals anymore who were eager to rip the park into pieces. The new Skatepark Remise, built and designed by Anker Ramps and Alex Kramer, is one of its kind in the region. Inspired by the huge DIY scene in Scandinavia, the park shares similarities with the Sibab-Skatepark in Malmö: A super smooth park with funky obstacles and a unique overall composition. As the park lies near Lake Constance, the WITP attracted many skaters from Germany, Austria and Switzerland, who certainly knew how to rip the unique mix of transition and street obstacles.

The Under 14 division showed some serious commitment and pleased the crowd with huge treflips over the table and boardslides on the roof top rail. One of the many highlights was the attempt from Balsa Marcovic who tried to clear the massive grass gap and despite a bloody elbow, gave it two more tries.
The 15-21 division did not give a damn either and pulled some “never seen” trick variations on the bank to quarter obstacle. The “Open” Division was the most popular division of the event. Many big names such as “Daniel Spiegel (Vienna), Octavio Trindade (Erfurt, Germany), Alex Schulz (Stuttgart, Germany) and the local riper Antonio Aiello (Bregenz, Austria) found their way to Bregenz and certainly tested the foundation of the new park while dropping some hammers! A short list could be a bs noseblunt (Daniel Spiegel) on the roof top rail, a fs flip over the stair set ledge (Antonio Aiello), a kickflip down the grass gap (Octavio Trindade) or a massive ollie up the ledge over the hexagon (Alex Schulz) this heat was going insane!
Just as all heats were completed, some dark clouds reappeared on the horizon of Lake Constance. During the brief interruption everyone could nibble on some “customised” burgers and refreshments.

As time was a limited resource, all riders had the chance to win some money for the bus home during the “Monster Cash for Tricks” session, which was hold simultaneously on the down rail and the bank/quarter obstacle. Everyone was sincerely invited and some gnarly tricks were unleashed.

To sum it up, the new Skatepark Remise in Bregenz was a pleasure to ride for everyone and was met with only positive feedback. The hosting of the WILD IN THE PARKS/LET THE KIDS RIDE FREE EVENT in this park was an enrichment for all the riders and certainly inspired all the locals. It was a blast! 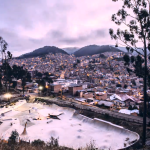 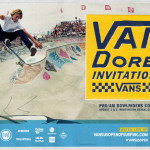