We go out – Full Video

«I started filming in early july after I got my grandfathers old sony handycam, My grandfather filmed me and my family all the time with that camera, birthday parties, weddings and everything so I wanted to carry on his tradition because he is a legend. I just started filming a few clips and realized the footage looked crispy as fuck, especially Pierrick’s lines at kunsthaus. We basically had an idea to make a movie then, I wanted it to be a really quick movie, no slow shit, super fast lines and crispy tricks. I think zurich skate movies are so boring, its all HD and music is all the same; boring hip-hop. Shit is changing so i slammed some lo-fi techno in there. We basically skated classic spots; burkliplatz, kunsthaus, bahnhofstrasse spots, oerlikon stairs etc.

It was difficult to produce because I filmed on hi-8 tapes and had to convert to digital which took such a long time, but in the end it paid off because it looks extra crispy, kinda stole the whole palace aesthetic but fuck it, it looks next level so why not.

It gives the footage an edge, not your ordinary footage» 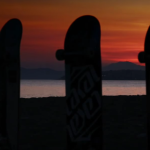 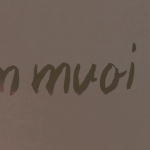